Leave Laws and Holidays in Indonesia: A Guide for US Companies

Looking to expand your US company to Indonesia? Get a walkthrough of Indonesian leave laws and other employment policies, in preparation for hiring there. 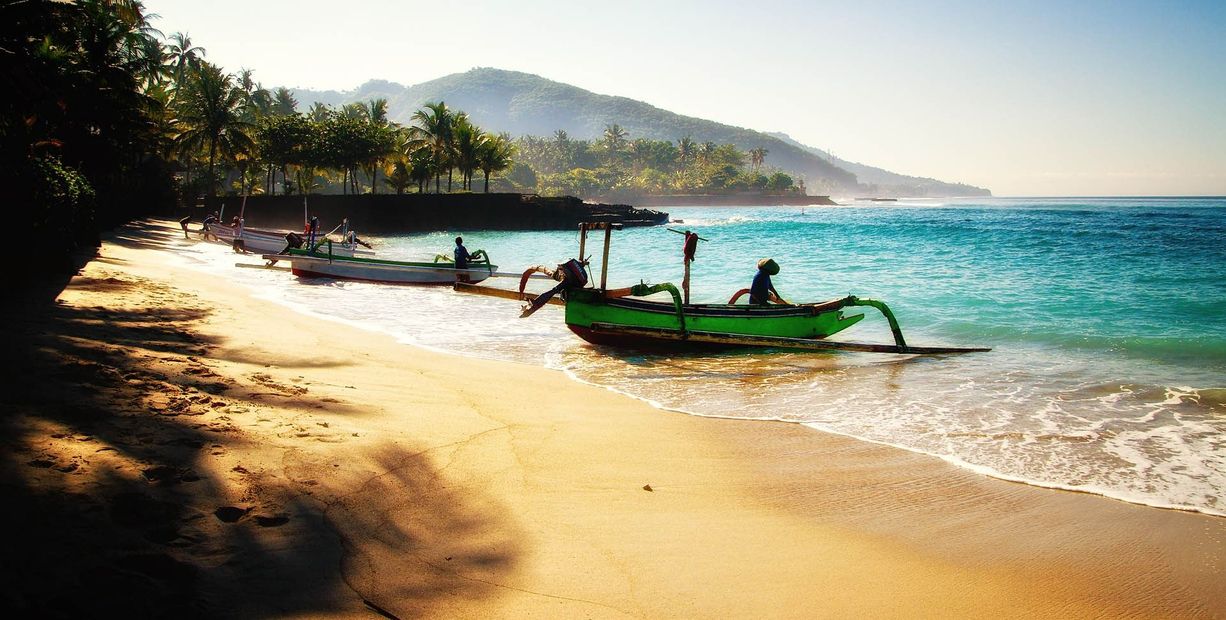 Read Story →
For US companies looking to grow internationally, expansion into Indonesia can be a winning choice. With the largest economy in Southeast Asia, the fourth-largest population in the world, promising digital growth, a low cost of living, and over 70 years of successful bilateral relations between the US and Indonesia, Indonesia is an appealing option for foreign companies and investors.If you're looking to hire in Indonesia, it's important to ensure your business is compliant with Indonesian labor laws, including regulations that govern leave and holidays. Read on for a deeper understanding on key issues related to employment in Indonesia, including employment contracts, working hours, wages, termination, national holidays, and paid leave.

The primary regulations related to employment are contained in the “Manpower Law” (also called the “Labor Law”), specifically Law #13 from 2003. This law was amended in 2020 with the “Job Creation Law” or “Omnibus Law.” The law distinguishes between three types of workers: permanent (or indefinite-term) employees, fixed-term (or definite-term) employees, and foreign employees.Permanent employees perform work under a definite-term employment agreement without limitations on the type of work or length of service. Fixed-term workers can only perform specific kinds of work, including work that is carried out and completed a single time, seasonal work, work that will be finished within three years, and work tied to a new product or activity deemed “experimental.” Foreign employees are also prohibited from doing certain kinds of work and should only be employed when Indonesian nationals are not available.The Indonesian government distinguishes employees from independent contractors. Under the law, the contractor's work is regulated by an independent contractor agreement and contractors are not regarded as company employees. Further, the relationship between the business and contractor is considered one between contracting parties governed equally by the law, rather than a relationship between superior (employer) and subordinate (employee). Learn more about employing contractors in Indonesia here.

Under Indonesian law, an employment agreement is required to establish an employer-employee relationship. While a permanent employee relationship can be initiated verbally or in writing, a fixed-term employment contract must be written in Bahasa Indonesia (the Indonesian language) using the Roman alphabet. All agreements must include the following:The terms of any employment contract must not contradict company regulations, collective labor agreements, or laws and regulations that cover minimum wage, paid leave, overtime, and termination.

Normal working hours in Indonesia should not exceed seven hours per day, six days per week, and 40 hours per week. These working hours assure employees at least one weekly rest day. There is some flexibility around when work occurs with a written agreement—for example, an employee may be allowed to work eight hours per day and five days per week. Female employees under 18 and pregnant women with doctor’s orders are prohibited from working between 11 p.m. and 7 a.m..After the seventh or eighth hour of work, employees may be eligible for overtime (depending on company policy). Under the Job Creation Law, overtime may be performed up to four hours per day and 18 hours per week. Overtime pay is double the regular hourly rate (after one hour is completed) and calculated at 1/173 of the employee’s usual monthly salary. Employees who serve in the capacity of "thinker, planner, implementer or controller" do not qualify for overtime pay.After four hours of continuous work, employees may take a rest period of at least 30 minutes. They are also able to take either Saturdays and Sundays off (for a five day workweek), or Sundays off (for a six day workweek) as a weekly rest day.

Within their first year of employment, employees are entitled to minimum wage. After one year of service, wages are determined by both employer and employee.Indonesia does not have a national minimum wage and rates vary based on the type of business and the business location. The governor in each of Indonesia’s 33 provinces sets a monthly wage rate determined by the recommendation of the Provincial Council on Wages. Minimum wages can also be determined by regency (an area within a province) or determined by sector. One exception introduced by the Job Creation Law allows so-called "Micro and Small Enterprises" to determine wages outside minimum wage regulations.Although it is not required by law, employers in Indonesia will often reward employees with discretionary bonuses. The regulation of bonuses must be included in the employment agreement, company regulations, or collective labor agreements. It is important for companies to clearly distinguish bonuses from the employee's fixed allowance, since the latter is used in determining any severance pay.

Indonesian law discourages termination and encourages employers to prevent it. Suggested measures to discourage termination include offering flexible hours and extra guidance, as well as improving work conditions. Unless an employee has already resigned, employers must have terminations approved by the Industrial Relations Court and are prohibited from terminating an employee without cause.Employers are required to give 14 days of written notice before termination of employment. If an employee is still in their probationary period, the required notice is 7 days. Termination makes employees eligible for severance pay and service appreciation pay, the amount of which is determined based on the employee’s tenure. In order for termination to be finalized, one of the following must occur: the employee must not reject termination, a final court decision must be reached in the case of a dispute, or both employer and employee must sign a mutual employment termination agreement.There are various legal grounds for employers to seek termination. These can include unauthorized absences, absences as a result of legal proceedings, or violation of company regulations, an employment agreement, or other official policies.Employers are also entitled to pursue termination under the following circumstances: (1) a merger, consolidation, or acquisition; (2) downsizing, (3) debt, bankruptcy, or a closure. If a company becomes insolvent, employee salary is understood to be part of a company's debt. The law is silent on mass employment termination.

Holidays and annual leave in Indonesia 🎊

To comply with Indonesian labor law, you’ll want to be familiar with official policies related to holidays and annual leave for employees.

Workers are entitled to take all national public holidays off as stipulated by the Manpower Law. If an employer requires employees to work on public holidays, said employees are entitled to overtime wages. Each year, the dates for Indonesia’s national holidays are determined by the Joint Ministerial Decree, since most holidays are religious and religious calendars vary. Holidays include:Employees are eligible for a yearly religious holiday bonus, the so-called Tunjangan Hari Raya (THR), paid in Indonesian Rupiah. The level of pay for this religious holiday allowance is based on the employee’s tenure. THR is paid out by a business one week before the holiday an employee observes:Employers who fail to distribute THR on time are subject to a fine (5% of total THR due) plus any relevant administrative sanctions.

Employees are entitled to a single day of paid leave for every 23 days worked, resulting in 12 days of paid annual leave. Workers must take one six-day period of consecutive annual leave — the remaining leave may be taken at the employee’s discretion. All paid leave must be used within six months — after this time, untaken annual leave is forfeited. In the case of employment termination, pay for untaken annual leave is included with severance pay.When employees have served the same employer for six years, in their seventh or eighth year of employment, they may be entitled to at least two months of paid leave. The employee may take one month of leave in the seventh year and one month of leave in the eighth year. This type of paid leave for continuous service is only required for businesses that have applied for long leave before the MOM Decree 51 of 2014 was issued and is further regulated by company regulations or collective labor agreements.Each year, the government declares several days of national collective leave: so-called Curti Bersama (also called “Libur Bersama” or “joint leave”). The annual leave allotment varies annually: in 2022, there were four days of Curti Bersama. Since holidays that fall on a weekend are not moved to a weekday for acknowledgement, Curti Bersama can be used as "bridge holidays" to extend holidays that fall on a weekend. Whereas Curtis Bersama is required for civil servants and deducted from their annual leave, collective leave is not required in the private sector — private sector employers can encourage employees to take Curtis Bersama but cannot mandate it.

Under the Manpower Law, employers must provide three months of leave at full salary as a maternity benefit. Women are entitled to 6 weeks’ paid leave after a miscarriage. For male employees, paternity leave includes two days at full pay for birth or miscarriage. Male workers in civil service may extend paid paternity leave for up to one month with a doctor's certificate affirming the medical necessity for extended paternity leave.Although the law recommends maternity leave be taken in six-week allotments before and after delivery, employers will often allow women to use their full leave after a child is born. If a female employee chooses to take six weeks before giving birth, she can extend this pre-delivery leave up to six more weeks with a doctor's certificate. Employees are required by law to allow that women breastfeed or pump (even during work) following maternity leave.Employees are entitled to full salary during family leave under the following circumstances:The Manpower Law is silent on the following: surrogacy, adoption, and “carers’ rights” (referring to events not mentioned above that involve an emergency that includes a family member).

Expanding your team in Indonesia

Once you've developed an understanding of Indonesian laws related to worker leave and holidays, you'll want to ensure your business is compliant with other key employment regulations. Access a full guide on employment laws in Indonesia here.Luckily, you don't have to manage the intricacies of international labor laws alone. Pilot specializes in user-friendly remote payroll, benefits, and compliance for US-based companies hiring abroad. We can help ensure your business stays current and compliant with leave laws and holidays in Indonesia. Our team of HR and legal experts is eager to help you navigate questions and build an international team.