With a growing tech industry, Latin America is a great place for US-based companies to look for talented remote software engineers. We examine where in Latin America you may want to look for your next remote hires. 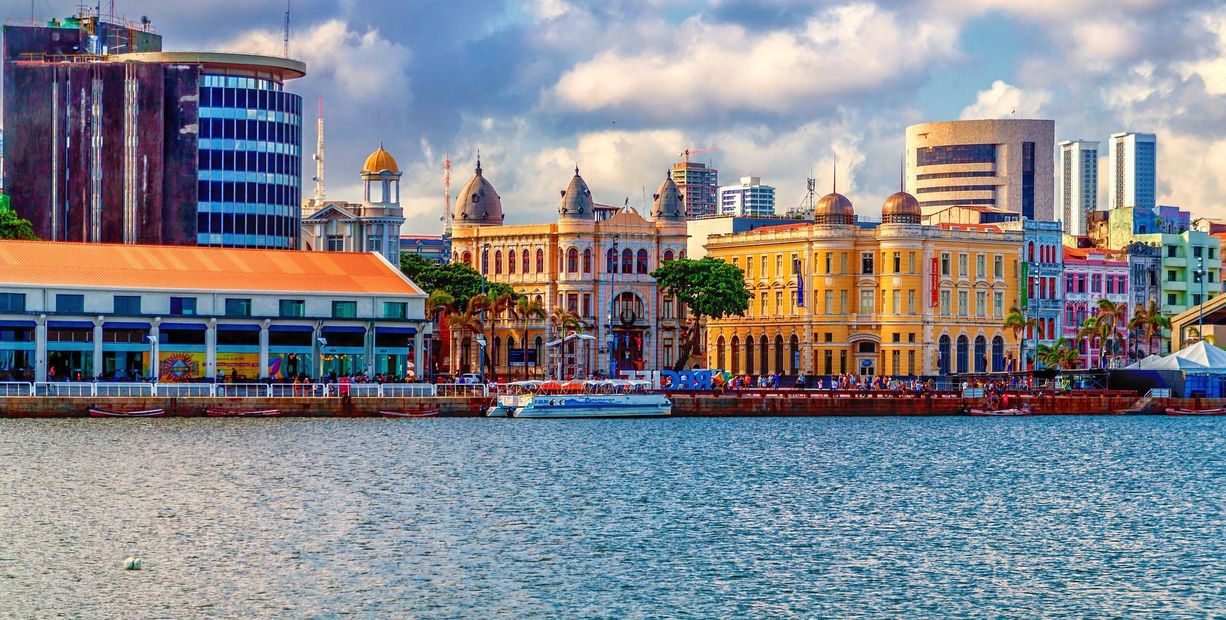 Read Story →
Hiring software developers? The market for hiring software engineers, especially for senior roles, is increasingly competitive. If your company is based in the US and looking to expand your pool of engineering candidates, then Latin America is a great place to look for software engineers. The Latin American IT industry has been steadily growing in recent years, and there are considerable benefits to hiring developers from the region's large talent pool. According to the Association for Private Capital Investment in Latin America (LAVCA), venture investments in the area surpassed 4 billion USD in both 2019 and 2020, including investments from renowned venture capital firms such as Andreessen Horowitz and Sequoia Capital. On a practical note, time zones in Latin America are close to (and for some countries, overlap with) those in the US, making the region a preferred choice for American companies looking to hire software developers or to find an engineer for their next software development project.When it comes to hiring at top offshore destinations such as Latin America, there are many options available for US companies. You can set up your own legal entity in the country where you're hiring and then hire directly from there. Another option is to pursue outsourcing software development, where you work with an outsourcing provider in Latin America that specializes in software development services. You can also work with a PEO (professional employer organization) or HR or payroll platform that has legal entities in the offshore destinations where you want to hire software developers, and hire employees through them. Or, you might decide, after comparing whether to hire employees or contractors, that it better meets your business objectives to hire international contractors than to try outsourcing tech jobs through a software development outsourcing provider. (For tips on sending payments to global contractors, see our article on Paying Independent Contractors: Delivering the Best Experience Possible.)If you decide to hire employees or contractors abroad, through a PEO or platform, where in Latin America might you want to build remote development teams? Talented developers can be found throughout the region, of course. We offer a few thoughts below on best countries to consider as you start your search for developers in Latin America, based on software industry size, English proficiency, population size, ease of setting up international payments, and more.

With the world’s ninth largest software market, Brazil is an excellent place to gain access to a large pool of software development talent. According to LAVCA's 2021 Review of Tech Investment in Latin America, venture capital invested in Brazil in both 2019 and 2020 exceeded 2 billion USD each year, far surpassing amounts invested in other Latin American countries. In addition, with a population of 212 million people, Brazil has the largest population of any Latin American country and a sizable population of English speakers, making it a particularly good country to consider if you’d like to build a remote engineering team in one location or are trying to hire for harder-to-fill roles, such as senior developers. Sending international payments to contractors in Brazil can be trickier to sort out than for other countries; see our article on how to send international payments to Brazil for a breakdown of the available options.

Mexico’s IT industry accounts for 21.2% of the IT market in Latin America, second to Brazil. 2020 was a record year for Mexico in venture capital; total invested capital in Mexico was 831 million USD, a 19% increase from the previous year. With 128 million people, Mexico has the second largest population in Latin America after Brazil and many global companies, increasing your chances of finding talented software developers. Its population size and geographic proximity to the US make it a great choice to consider for finding tech talent. International payments to Mexico are straightforward, with plenty of options to choose from, and its time zones overlap with those in the US, making time difference not an issue if you hire developers there. Tech hubs include Monterrey, Mexico City, and Guadalajara, known as the "Silicon Valley" of Mexico.

Argentina has the fourth largest population in Latin America, at 45 million people, making it another good choice for finding many talented developers in one location. According to the EF English Proficiency Index, Argentina ranks highest in Latin America for English language proficiency. With a thriving startup culture particularly in its capital city of Buenos Aires, and many home-grown global organizations in tech, Argentina is a great country to consider for your next engineering hires. One potential complication to setting up a remote team in Argentina is that sending international payments there can get quite complex, due to fluctuations in the Argentine Peso (ARS). Argentina has many regulations around currency exchange, and there is a wide difference between official, government-sanctioned exchange rates and market rates. If you have questions about best ways to send payments to Argentina, Pilot's international payroll experts are happy to chat with you.

Chile is one of the smaller countries on this list, with a population of 19 million, so it may be more challenging to build an entire team of Latin American developers solely here. However, it has significant government support for the software development sector. Start-up Chile, a public startup accelerator founded by the Chilean government, works with nearly 2,000 startups with a total valuation of over 2.1 billion USD and is open to both Chilean and international entrepreneurs. The accelerator is committed to gender equity and features a program, S Factory, that supports early-stage projects led by women founders. Chile’s software industry is centered around the capital city of Santiago, or “Chilecon Valley,” where Start-up Chile is based, so your next IT programmers could come from that area. It ranks high for English proficiency, at a rank of 3 out of 19 Latin American countries in the EF English Proficiency Index.

With 51 million people, Colombia has the third largest population in Latin America. In 2019, it had Latin America’s fourth largest IT market, following Brazil, Mexico, and Chile, though in 2020, according to LAVCA, total venture capital invested in Colombia went down nearly 60% from the previous year, from 1.14 billion USD to 469 million USD. The city of Medellín is a tech hub, with its own innovation and business center, Ruta N. Colombia’s education system supports studying technology and developing programming skills; nearly 700,000 students graduated from IT and software developer programs between 2001 and 2018. International payments for Colombia are straightforward. Colombia ranks lower in the EF English Proficiency Index, compared to other Latin American countries, at a rank of 17 out of 19 countries.

Peru may not be as globally well known as some other Latin American countries for its tech industry, but it has government-supported entrepreneurship and tech initiatives such as Innóvate Perú and Startup Perú. Its tech hub is the capital city of Lima. Peru's tech market is small but growing, increasing from 2 million USD total capital invested in 2019 to 21 million USD total capital invested in 2020. International payments to Peru are generally uncomplicated. Peru has 33 million people, the fifth largest population in Latin America. In terms of English proficiency, it ranks lower compared to most countries on this list, at a rank of 13 out of 19 Latin American countries.

Uruguay has a smaller population of under 4 million people and is not as well-known internationally for its software industry, but that’s changing. With payment processor dLocal becoming its first startup unicorn in September 2020, tech in Uruguay is growing. Uruguay is known for supporting tech in education; it began offering computer science degrees in the 1960’s, and in 2007, launched an initiative to distribute one laptop per child in public schools. International payments to Uruguay are typically straightforward to set up. Add to this a reputation for a stable political and economic climate, and Uruguay is a great choice for finding tech talent.

As you conduct your international search for remote software engineers, you'll also want to explore whether to hire your new team members as employees or contractors. Typically, in the countries we reviewed, you’ll find that your candidates may prefer to be hired as contractors, often because local income taxes are more favorable for contractors. Of course, there are other considerations to take into account, too, to ensure that you're classifying your team members correctly and according to their country-specific laws.Questions about worker classification, other legal considerations, or how to send payments to global team members in other countries? Pilot specializes in managing international payroll, benefits, and compliance for US-based companies. We're happy to answer specific questions about building your international business, from average hourly rates to working hours to questions about benefits. Our team of HR and payroll experts is happy to guide you through your questions about hiring talent anywhere in the world, from South America to Eastern Europe and beyond.