These are my notes from the talk “Storytelling for Innovators and Disruptors” by Susan Lindner, brand anthropologist at Emerging Media presented at InfoShare 2016. Enjoy. 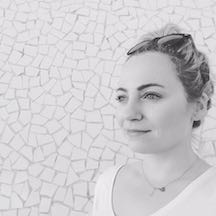 Every startup has a story, obviously. But is it exciting, catchy or unique? Hardly. And why is that? Is it just because of the story itself or the way it’s told?

Lindner thinks it’s the latter. Introducing your brand to customers is the crucial moment for storytelling to happen.

The Polish researcher who developed the participant observation method, Bronisław Malinowski, once said that the only way to truly understand people in a community is to live like they do. To understand their stories, values and beliefs, you should become one of them. Without being a part of their group, it would be impossible to create a real global community.

By understanding your customers better, you can start engaging with them effectively. And by doing this right, a part of the audience will eventually turn into devoted worshipers. And as Lindner puts it, the apostles of your brand will spread your company’s message for you. Viral marketing is like a religion.

Marketing by fear and generosity

Unfortunately, communication takes a completely wrong turn for some companies as they disguise fear in the message they send.

If you don’t pick us, something might happen to your …

This kind of narrative works at first, but after a while, people notice it’s not proving true. Fear disappears—together with your customers’ trust.

The narrative of fear became popular in the late '90s. Every product had to be revolutionary back then, otherwise it would have been crushed by the massive competition. After 15 years of fear-saturated narrative, we know those claims were simply untrue.

We also found an alternative strategy that’s even more effective: the hero narrative.

Embedded in the core

Reward-based communication is about sharing, which should have its place in the core of your business model, making generosity your core value.

Scientists discovered that a part of our brain lights up when we’re in the center of a story. Successful startups take advantage of this fact by sending a simple message: you’ll be the hero.

Take Dollar Shave Club as an example, which refers to every member as a genius, smart enough to treat oneself properly.

Curious about the Club? Good. Curiosity is a mark of intelligence. Read what our genius members say about us, and once you’re convinced, check out our razors.

Dollar Shave Club doesn’t offer anything new—there are tons of razor blades on the market. But they offer a service that treats their customers like they are part of the game.

They created a humorous viral marketing campaign that made people engage with the brand. Their members started sharing videos of them shaving every morning, showing off their belonging to this unique and innovative club.

That clever idea helped the company build a business with millions of dollars in revenue and thousands of positive reviews.

When learning from the Club’s success, Lindner also advises every company to invite their customers to become a one-day moderators and to share their story for them. All this for a simple cause:

By engaging people more, they’ll love you and feel an important part of your community.