Leave Laws and Holidays in Ukraine: A Guide for US Companies

Interested in expanding your US company to Ukraine? Read our guide to learn about leave laws and policies in Ukraine, in preparation for hiring team members there. 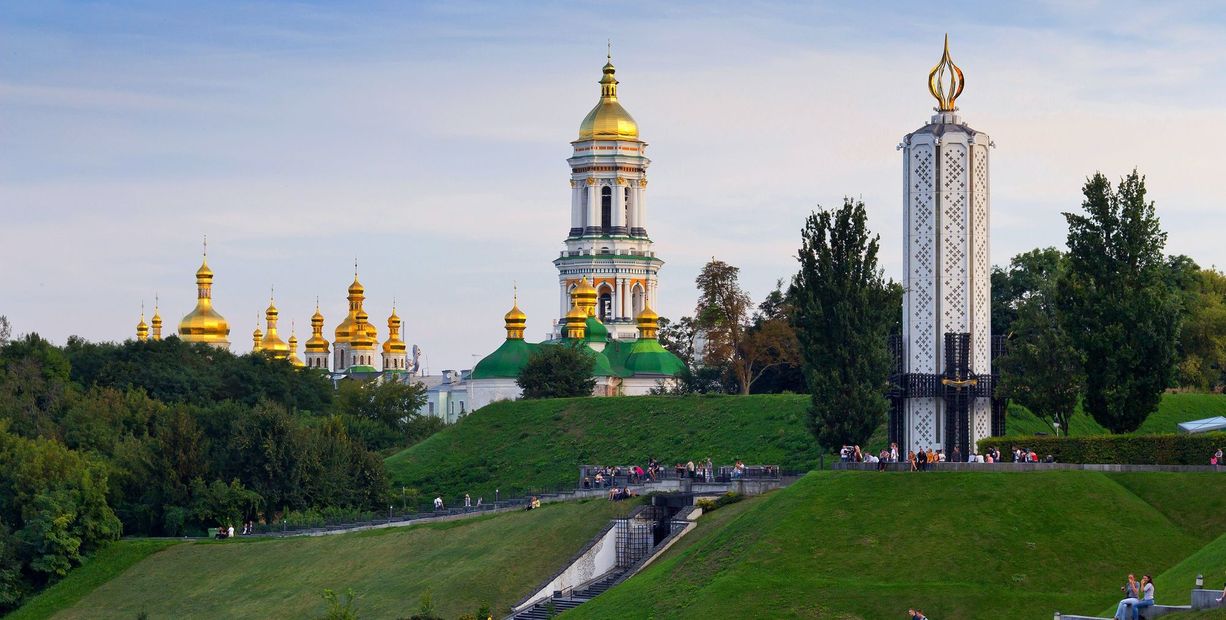 Read Story →
Ukraine is a beautiful country with a long and complex history. As a former republic of the Soviet Union, Ukraine's history of social upheavals has left an indelible mark on its cities, and some would likely be unrecognizable compared to their austere, Soviet Union days. Kyiv, for instance, boasts a vibrant city life, replete with a fashion district, high-end art galleries, and a thriving retail market. Kyiv attracts many visitors interested in exploring a beautiful part of Europe with a remarkable evolution.US companies may also look at Ukraine as a desirable location for building international business. The country is notable for its iron and steel industries, in addition to its petroleum and natural gas industries. The country has been historically dependent on fossil fuels; however, the Chernobyl Crisis in 1986 fomented an environmental movement that not only inspired more independence from fossil fuels, but also independence from the Soviet Union.While many countries' economies were hindered by the COVID-19 crisis, Ukraine saw many gains in its IT and tech industries, as well as its startup culture. In fact, exports in the IT industry grew by 20.4 percent in 2020, crossing $5 billion, which is unprecedented in Ukraine. The same year, $571 million was invested in Ukrainian tech companies, with startups valued at more than $1 billion.As a company owner looking to hire abroad, you will need to review some of the Ukrainian employment laws that determine not only the type of employment relationship and contracts that makes sense for your new hires, but also some of the benefits entitled to those hires as well. In this article, we will review employment agreements as well as annual leave laws, sick leave, parental leave, and termination requirements.

Employment record books, also known as labor books, are vestiges from the Soviet Union era where state authorities required evidence of an employee's employment history in order to grant social security benefits and pension after retirement. Each time an an employee is hired by an employer, they must submit their labor book to their employer, who is required to document the employee's tenure at their company, as well as the employee's duties, and any accolades the employee receives until the termination of employment.In February 2021, the Ukrainian Parliament passed a law that would phase out the use of paper employment record books. The paper copies will be fully eliminated by 2026 and will be replaced instead by digital documentation online.

Workers who are self-employed, also known as independent contractors, are employees who are not considered subordinate to an employer. They manage their own schedules and use their own equipment or tools to perform a task. Hiring a contractor is a convenient option for employers who do not know how much work they can provide an employee, or for employers who wish to hire an employee to complete a single project.In this circumstance, the self-employed worker is engaged in a civil law agreement and is not eligible for protections under employment law. Civil agreements must be in writing as required by Ukrainian law.

Employees may not work for more than 40 hours per week, according to Ukrainian law.  There may be exceptions for certain categories of workers who have irregular working hours or a non-fixed working schedule.The Labor Code generally prohibits overtime except in certain circumstances. If an employee does qualify for overtime, their working hours may not exceed four hours over two consecutive work days with the same employer, and the overtime cannot exceed 120 hours a year. Overtime is paid at double the employee's regular wages.An employer must have the employee's consent for overtime work if the employee has children under the age of 14, and union members must get permission from their employee representatives for each overtime work request.

Typically, for every four hours of the work day, an employee is entitled to a rest break. Rest breaks may not exceed two hours in a work day.Rest periods are extended periods of rest that must be at least double the amount of time that an employee worked. Employees engaged in seven hours, for instance, they are entitled to a minimum 14 hours of rest period. Employees who work five days a week are entitled to two days of rest.

After working for an employer for six continuous months, employees are entitled to 24 calendar days of paid annual leave. If the employee wants to take leave before the six-month period ends, they may take their leave on a pro-rated basis. There are instances when an employee may be entitled to longer paid annual leave, which can be anywhere from 28 to 56 calendar days. Those who qualify for more leave are disabled employees and young employees who are under 18 years old.Unlike labor laws in many other countries, Ukraine has no "use it or lose it" policy. Paid annual leave can be carried over into the next year, and if an employee chooses, they can trade in part of their annual leave for monetary compensation.

Employees are entitled to paid time off for public holidays, and these days off are separate from their annual leave entitlement.There are 12 public holidays in Ukraine:As you may have noticed from this list, many of Ukraine's religious public holidays are dictated by the Orthodox calendar. 74% of Ukrainians identify as Orthodox Christian, in fact, while 8% identify as Greco-Roman Catholic. 1% of the population identifies as Roman Catholic, Protestant, or Evangelical, and 6% do not identify with any religious affiliation at all.Unlike in the United States, most Ukrainians— that is, Orthodox Ukrainians — celebrate Christmas on January 6th and 7th, as opposed to the Gregorian calendar's December 25th. The differences in the Christian calendars dates back to 1582, when Pope Gregory XIII implemented the Gregorian calendar. Protestants and Orthodox Church members at first ignored the new calendar, but in 1700 the Protestant church accepted the Gregorian calendar. The Orthodox Church, of course, continued to use their own calendar to denote their holidays, such as Christmas, Easter, and Pentecost.There are a few public secular holidays in Ukraine that are historically significant, including August 24th, which is Ukraine's Independent Day. On this day in 1991, Ukraine declared their independence from the Soviet Union. Originally, Ukraine declared sovereignty in July 1990, but a year later in August 1991, a coup attempted to reinstate the Soviet Union. Ukraine thwarted this attempt, and the Act of Independence of Ukraine was passed by the Ukraine Parliament.Employees working on a public holiday must have their working hours on that day reduced by one hour. If an employee works on a public holiday, they must be paid at double their normal rate, or they can be granted another day off in lieu of compensation.

Employees are entitled to sick leave if they fall ill or are injured with a temporary disability. In order to qualify, these employees must have a sick leave certificate signed by a medical institution. The sick leave allowance is paid at the normal salary rate for the first five days of sick leave, after which the salary payments are paid for by the Social Security Fund of Ukraine. Depending on the employee's tenure at the company, the salary payments they receive from the Social Security Fund are 50% to 100% their average salary.Employees can qualify for unpaid sick leave while they receive mental health treatment at a mental health facility, as long as they  provide a medical certificate from a practitioner that indicates the amount of time needed for treatment.

Pregnant women are entitled to paid maternity leave of 70 calendar days before the due date and 56 calendar days after the birth of a child. If there are complications during the delivery, or if the mother is delivering two or more children, she may take 70 days of postpartum leave.During maternity leave, parents or the mother and a designated caretaker may choose to work part-time or from home.

Employees who are fathers with newborn children previously received only unpaid leave for the care of a new child. As of June 2021, employees who are expectant fathers are entitled to paid paternity leave for 14 calendar days. Single mothers raising a child may designate another close family member as a co-parent and that family member may take paternity leave instead of the father. If a mother gives birth to two or more children, the father or close family member may take an additional ten days of paid leave.

There may be cases where an employer may terminate an employee's contract, such as the example outlined above. While an employee cannot be dismissed without cause, there are not many protections for employees if they have a disability that interferes with their work performance. If an employee cannot come to work for four consecutive months due to a temporary disability, their contract may be terminated, unless their disability was caused by work-related illness or injury. There are also laws that permit longer terms of absence in the case of specific illnesses.There are some employees that are considered protected employees under the law, including pregnant employees, single mothers with children under 14 years old, or mothers of children with disabilities.

A collective redundancy at a company occurs when a large portion of a company's staff loses their job within a short period of time. For instance, if ten or more employees lose their jobs at a company of 20 to 100 people, this constitutes as a collective redundancy. Company redundancies can happen if the employer is making changes that require restructuring of the company's staff.In order to proceed with redundancies, the employer must notify the employees' trade union three months' prior to the termination, and provide two month's notice to the employee who is to be dismissed. The employer must also transfer the dismissed employees to other available positions with the employees' consent.In the case of a business transfer, the Labor Code specifies that employment agreements will remain in effect, even if the company leadership changes.

It can be a challenge to keep track of the details of employment law, especially if your company has other locations internationally. Without help, your company may be at risk of overlooking important labor laws and may incur legal trouble.Pilot can assist your company with the complexities of hiring abroad. We manage payroll and employee benefits, including paid leave, for US-based companies hiring employees and contractors abroad. With our team of global experts, we can eliminate the risk of noncompliance: from classifying workers to local labor laws, we have you covered as you focus on the other aspects of running a business.Contractors love Pilot because we don't mark up exchange rates for bank transfers, and unlike other wire transfer services, we do not require contractors to use an e-wallet required to access their funds. We also support payments in over 240 countries around the world, broadening your pool of talent as you grow your business.Interested in learning more? Schedule a demo with us today.