Leave Laws and Holidays in Portugal: A Guide for US Companies

For US companies looking to expand their teams abroad, Portugal is a great place to hire remote talent. Read our guide to learn about leave laws and holidays in Portugal, in preparation for hiring there. 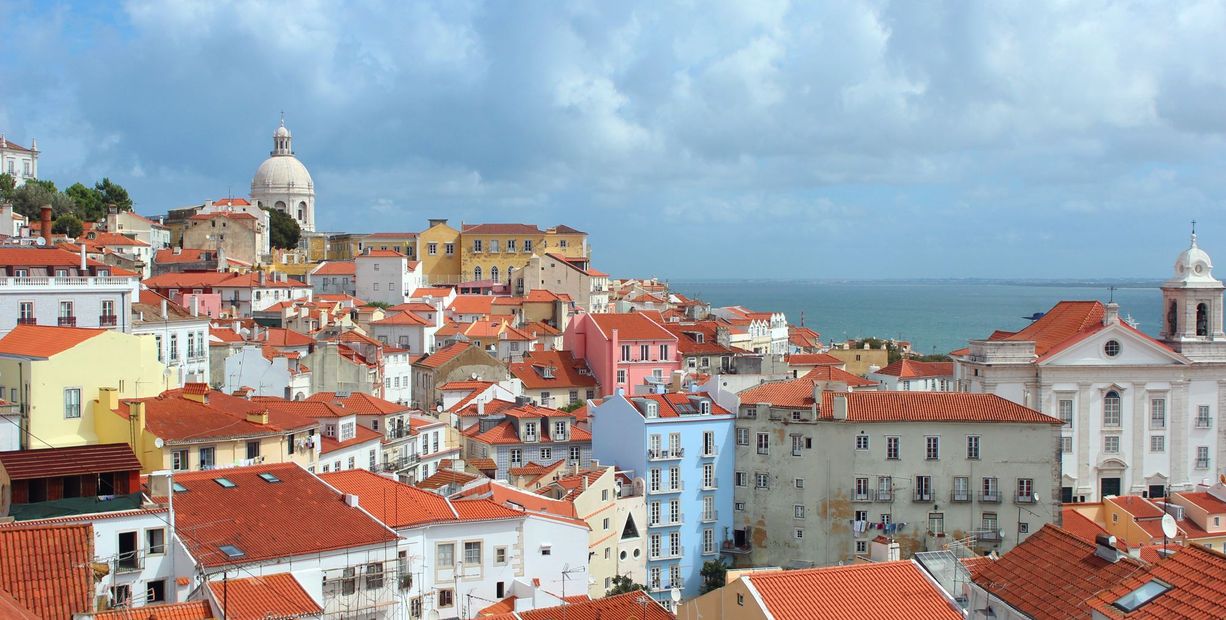 Read Story →
Bordering Spain on the Iberian peninsula, Portugal offers exceptional art, literature, theater, music, and cuisine — all of which draw visitors from around the world. As one of the world's oldest countries (900 years, to be exact), there is much to see whether you're traveling to Lisbon or Porto.If you're looking to expand your company's international team to Europe, Portugal is a great place to start, particularly if your business is in the tourism or hospitality industry. Other popular industries include textiles, auto manufacturing, electronics, and construction.Before you hire talent in Portugal, you should familiarize yourself with Portuguese employment laws, including benefits such as paid annual leave and paid sick leave policies. In this article, we provide a guide on annual leave specifically, as well as other leave policies in Portugal.

Before getting into leave policies, it's important to cover the basics of Portuguese employment law. No matter where you decide to build an international team, you should have a sense of the employment laws that dictate employer-employee relationships and other worker classifications. By following labor code and tax law, and creating contracts and working conditions accordingly, you can avoid significant fines, backpay, and potential lawsuits.

There are many different types of employment contracts in Portugal, and the type of worker you hire will depend on the nature of the job or task at hand. You will not need a contract of indefinite duration, for instance, if all you need is someone to complete a single project, such as creating an app for your company.Here are some types of worker contracts to help you determine which kind of worker your company should hire:

Contract of employment of indefinite duration

This is a contract with a specific end date, and it is usually implemented if there is a single project the employer needs to be completed. The maximum duration of the project is two years, and the contract can only be renewed up to three times.

Contract of employment for an unspecified duration

Contract of employment for an unspecified duration is a contract implemented to replace an absent employee for an unspecified period of time, usually if there are activities, projects, or tasks that were not completed by the employee who occupied the position previously. In this circumstance, the contract has a maximum duration of four years.

A very short-term contract is implemented for seasonal activities (think agricultural work or tourism) that do not exceed 70 days in a calendar year. This type of contract doesn't need to be a written contract if the working period does not exceed 35 days.The one stipulation is that if a written contract is necessary, the employer has to give prior notice of the hire to Social Security (Segurança Social Directa) by the employee's first day of work.

If an employer has a task that occurs at irregular intervals, the contract is called an intermittent contract of employment. The minimum duration for this type of employment is six months in a calendar year, and employees must be full-time or work 40 hours a week. These written contracts must be distinct from fixed-term or temporary contracts.

Part-time contracts of employment are written contracts used in the case that the employee works normal weekly working hours, but still does not work full-time. The employer and employee should come to a mutual agreement about how often the employee will work, whether it be a few days per week, month, or year.

A teleworking contract is useful for remote work, especially in light of the COVID-19 pandemic and the growing need for social distancing. In fact, pandemic-era labor laws were passed recently that are designed to protect workers who work remotely, namely by prohibiting employers from contacting an employee after working hours.  Teleworking contracts may not last more than three years.

Temporary contracts of employment are used when an employee is hired and paid by a temporary employment agency to work for a company for a maximum duration of two years.

This contract is used when an employer allows an employee to work for multiple employers for specific assignments or tasks. The contract must not exceed one year, but the contract can be renewed for up to five years.

Employees are entitled to paid vacation, or annual leave 🏝

Compared with many other countries, Portugal has more days off per year, tying with Austria with a total of 35 days, including annual vacation and public holidays. An employee is entitled to at least 22 days of a paid annual vacation period if they have an employee contract that takes effect on January 1st of each calendar year. The maximum annual vacation period an employee can have is 30 business days in the same calendar year. Per labor code, vacation pay is equal to the employee's basic salary for the total duration of the holiday period.Temp workers, or those with fixed term contracts, are entitled to annual paid leave as well. This applies to workers who have worked for the same employer for up to six months, in which case they are entitled to two days of paid time off for each month that they worked for the same employer. After six months, employees are entitled to two days off for each month of employment.After six months of working for an employer, employees are entitled to 2 working days’ holiday for each month’s duration of their contract, up to a maximum of 20 working days. In the case that the calendar year ends before the employee has worked a total of six months, their holiday entitlement from the prior year (two working days for each month they have worked) may be used until June 30th of the following year.

As a mostly Roman Catholic country, much of the culture and everyday life in Portugal--its arts, politics, and cultural traditions--are heavily influenced by Catholicism. At present, 81% of Portuguese identify as Roman Catholic, so naturally, many of the public holidays in Portugal are also holidays in the Christian calendar, and Portuguese law also entitles workers to a weekly rest on Sundays.If an employer requires an employee to work on a holiday, the working period is considered overtime work and therefore the employee must receive overtime pay. Overtime on a holiday is calculated by adding 50% of the employee's normal hourly wages on top of their regular wages. In addition to this holiday payment, employees are entitled to a rest day that must be to be taken on one of the following three working days after a holiday.Here is a list of the mandatory holidays celebrated in Portugal, both religious and secular:

Portugal Day, known in Portugal as Dia de Camões, de Portugal e das Comunidades Portuguesas ("Day of Camões, Portugal, and the Portuguese Communities") commemorates the death of Luís de Camões in 1580. Camões wrote an epic that celebrated many of Portugal's historic and cultural achievements, including the exploration and colonization of different lands across the globe in the 1500s.Restoration of Independence is a celebration of Portugal's reinstatement of sovereignty after 60 years of Spanish rule, from 1580 to 1640. This historic day is celebrated in a parade down Avenida da Liberdade in Lisbon, and a ceremony in Praça dos Restauradores that is attended by government officials and military. In this ceremony, wreaths are placed on the monument honoring men who fought in the Portugal War of Independence.

A local municipal holiday is a holiday that is celebrated in a specific city or region in Portugal, and may include celebrations of a specific saint that represents the particular city. Here are a few of those municipal holidays:In addition to municipal holidays and country-wide public holidays, Carnivale, a moveable holiday that tends to fall in February or early March, can be considered a public holiday if there is a collective bargaining agreement or employment contract stating so.At the end of the year, employees must receive a holiday bonus, sometimes called a Christmas bonus, which is equal to a month's salary and must be paid by December 15 of each year.

Pregnant employees are entitled to 30 days of leave before their expected due date and six weeks of requisite leave following the birth of the child. Fathers have a mandatory paternity leave of 20 days, five of which must be used immediately following the birth of their child. The rest of their leave must be used within six weeks of the child's birth.In the case that a pregnant employee and the father decide to share leave, their leaves may total 180 days and can be taken separately or in three interim periods equal to normal working periods. The one stipulation is that one parent may not overlap their leave with the other parent, and those who take this leave receive 83% of their wages and not 100%, to which employees are entitled with initial parental leave.

If a parent has a disabled or chronically ill child, they may take leave from six months to four years. If the child is under a year old, the parent may reduce their normal working period by five hours to care for the child.

Hiring abroad can be a complicated process, no matter where you want to build an international team of workers, and vacation laws are just a small part of that. Partnering with a company to help you navigate international compliance is a prudent way to ensure that your company stays compliant with international laws. By doing this, your company will avoid expensive penalties for accidentally misclassifying a worker or overlooking a critical labor law.Pilot provides remote payroll, benefits, and compliance for US-based companies hiring globally. Our team of HR and legal experts is happy to help you navigate any questions as you build your international team. Interested in learning more? Schedule a demo with us today.