Leave Laws and Holidays in Mexico: A Guide for US Companies

Interested in expanding your US company to Mexico? Read our guide to learn about Mexican leave laws and policies, in preparation for hiring there. 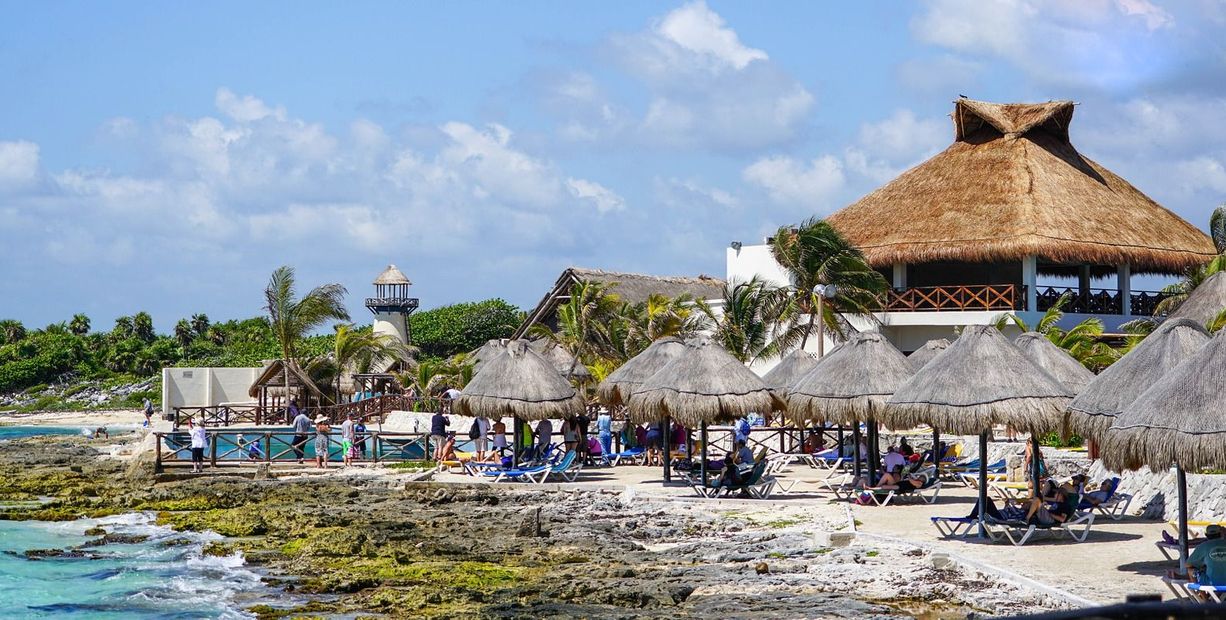 Read Story →
When it comes to international employment, Mexico is a convenient location for US companies to hire employees abroad. For one, the country shares similar time zones, making collaborations easy. Many companies also appreciate the favorable exchange rates in Mexico. Currently, the US dollar is worth about MX$20.09.And if your company is in the tech industry, there's an even bigger draw to hiring in Mexico: the country is a top-tier producer of graduates in engineering and technology. Moreover, according to the Organization for Economic Co-operation and Development (OECD), Mexico is one of the leading exporters of information and communication technology equipmentLike any country, Mexico has specific labor laws and regulations that your company will need to adhere to in order to stay compliant. In this article, we will discuss some of the leave laws and holidays that are specific to Mexico. First, let's review the difference between an employment agreement and an independent contractor agreement, as employees are entitled to paid time off.

Federal labor law in Mexico, known as Ley Federal del Trabajo (FLL) regulates statutory benefits for employees in Mexico. In order for a worker to qualify for these benefits, they need to be in an employment relationship, one in which a Mexican employer manages the worker's schedule and instructs the worker on their duties. In exchange for their professional activities, an employee receives compensation from their employer.FLL requires that employment agreements must be in writing. If an employer fails to provide a written agreement, they are still responsible for providing an employee with mandatory benefits entitled to employees.In addition to details such as the employer and employee's personal information, the location of the company, and the employee's duties, all employment contracts must include:There are two types of employees in Mexico. Both classifications of employees are entitled to benefits. The first is a unionized or a non-unionized employee. If a worker is a unionized employee, they are part of a legally incorporated trade union and are entitled to collective bargaining agreements (CBAs).The second type of employee is a trust employee. Trust employees fill supervisory or management positions in which they act as a director, supervisor, or inspector. Usually a trust employee is in direct communication with the employer and provides them with personal services.Both these types of employees are entitled to employee benefits in Mexico, such as paid leave.

Some employers may hire contractors instead of employees. Employers are not responsible for providing an indeterminate amount of work to contract workers as they would be under an employment agreement; instead, independent contractors work on a project-by-project basis. Contract workers create their own schedule, use their own tools, and often use their own work space to complete a task or project.Employers are also not responsible for providing benefits to contract workers, such as paid leave, or even severance pay, which is included in employee termination agreements. Furthermore, contractors do not receive minimum wage, or overtime compensation.Hiring contractors can be advisable for employers who are unsure of how much work they can provide a worker, or how long a certain project will take. In fact, the economic landscape in Mexico is especially dependent on contractors, with more than half of Mexico's workforce relying on some form of informal contract work. That trend may be quelled, however, by amendments to FLL that heavily regulate employment relationships.

Currently, there is no mandatory unpaid medical leave of absence benefit in Mexico. Employees may receive sick pay for up to 52 weeks if their illness or disability is certified in a medical certificate authenticated by medical authorities and the social security system in Mexico, known as the Mexican Social Security Institute (IMSS).Employees may receive temporary disability benefits amounting to 52 weeks, and the statutory leave may be extended to another 52 weeks if necessary. Employees are also entitled to permanent partial disability or permanent total disability, which is permanent leave that is paid for by IMSS.During their leave, employees may receive up to 60% their regular salary from the fourth day of their illness and up to one year. If their illness or injury happened at work, then federal labor law requires that employers pay 100% of the employee's regular wage.

Pregnant employees are entitled to six weeks of paid leave before the birth of a child and six weeks of paid leave after the birth of a child, during which the new mother receives her regular salary. Statutory maternity leave can be extended if there are complications in the birth or pregnancy, provided that the mother provides a corresponding medical certificate. In the case of adoption, a new mother can take six weeks' paid leave after a child is adopted.In addition to leave, new mothers are allowed two 30-minute rest periods per day to feed their child. This is supplementary to their normal rest period, which is a 30-minute break during the work day.

Employees are entitled to:Basically, after one year of employment, an employee adds two years to their vacation entitlement until the fourth year of employment, after which an employee is entitled to 14 days of vacation. Two more days of paid vacation are added every fifth year thereafter. Twenty-two days of vacation are afforded to employees who have been employed for 25 to 29 years. Employees must take their vacation period within six months of the anniversary of their employment, on the day mandated by their employer.During this vacation period, employees are entitled to a cash vacation bonus, known as a vacation premium. This vacation premium is equivalent to 25% of the worker's salary in addition to the worker's regular pay. This vacation premium may be paid either during the employee's vacation or after a year of service.If an employer terminates an employment contract without just cause, the employee may file a claim for wrongful dismissal. If the employee wins their case, they may be entitled to a payout of their paid time off in their severance pay package. This package must include three months’ wages, plus a seniority premium if it applies. A seniority premium is a bonus that is equal to 12 days of wages per year of service. The employees who receive a seniority premium are those who have worked at least 15 years of continuous service with the same employer.

In addition to paid vacation days, the FLL allows seven days of rest per year for employees and, every six years, an additional day of rest is granted for the presidential inauguration. The days of mandatory holiday are:Some of these holidays overlap with US holidays, such as New Year's Day and Christmas Day. One holiday that may be less familiar for Americans is Revolution Day, which celebrates the beginning of the Mexican Revolution. In 1910, Mexicans fought to overthrow dictator José de la Cruz Porfirio Diaz Mori, whose corruption kept power and wealth in the hands of an affluent minority. In 1911, Francisco Madero, who organized much of the Revolution, ousted Porfirio Diaz and was elected president of Mexico.The legacy of the Mexican Revolution can still be felt today: the societal classes that fought in the Revolution—that is, the rich and powerful versus the working class—are still grappling with a major wealth gap. In fact, the wealthiest 10% of Mexicans own 43% of the country's wealth, while the poorest 10% own only 2% of the country's wealth.This wealth gap is perhaps why the holiday is not celebrated with as much gusto as, say, Mexican Independence Day, which celebrates the country's independence from Spain in 1810. On Independence Day, the country is filled with national pride, as evidenced in its street festivals, parades, and mariachi concerts.Another holiday that celebrates Mexico's history is Benito Juarez Day, which honors the birth of former president Benito Juarez. Juarez was a liberalist and reformer who served five years as Mexico's first indigenous president. He is lauded for overthrowing the Empire, resisting French occupation, bringing the country into the modern world, and fighting for indigenous people’s rights.On public holidays such as these, schools and government offices close, in addition to banks and some shops. You can find parades, dances, and festivals in the streets of Mexico, as well as fireworks in the cities. Workers who work on a mandatory holiday may receive double pay in addition to their regular wages.

Like many countries in Central and Latin America, employers in Mexico pay workers a Christmas bonus, known as aguinaldo. This bonus is sometimes called the thirteenth salary, and employers must pay their employees their bonuses by December 20 of each year. If an employer fails to provide their employee with an aguinaldo, it could cost them financial penalties of up to 5,000 times the Updated Metric Unit (UMA), which is an economic reference point used to calculate payments or penalties owed to the government.

The typical work week in Mexico is six days, from Monday to Saturday. This amounts to a 48-hour work week, with a maximum of eight hours worked during the day, or any time between 6 a.m. and 8 p.m. Workers are also entitled to a day of rest for every six days of work.Night shift workers are allowed to work a maximum of 42 hours per week, anywhere between 8 p.m. to 6 a.m., and no more than seven hours in a night. Night shifts and day shifts may be combined, but the hours worked at night must not be longer than three hours. If the night hours exceed three, the shift is considered a night work shift.

Employees in Mexico must receive overtime pay if they work beyond an eight-hour day shift, or a seven-hour night shift. Double pay is mandatory for the first nine hours of overtime, and the employee must receive triple their normal hourly rate for all overtime hours after that.

Vacation laws will vary from country to country, and if your business plans to hire remote workers abroad, it will be important to keep track of the differing vacation laws. If your company doesn't invest in compliance, it could face financial penalties and legal trouble. For many companies, the most prudent option for offsetting the risk of noncompliance is to hire HR experts.

Partnering with Pilot can help your company stay compliant in other countries. Pilot's serves as an employer of record (EOR) for hiring employees, and as a payroll and compliance platform for hiring contractors. With our expert advice, US companies can stay compliant with critical international labor laws.Not only do we specialize in international compliance, but we also provide global payroll and benefits expertise for US-based companies. Payers and payees appreciate that we never mark up exchange rates.What's more, we don't require payees to use a debit card or e-wallet to access their funds. Instead, funds go straight to contractors’ bank accounts. Currently, we support payments in over 240 countries around the world, allowing you to hire the best talent across the globe.