Leave Laws and Holidays in India: A Guide for US Companies

Looking to expand your US company to India? Read our guide to learn about Indian leave laws and policies, in preparation for hiring team members there. 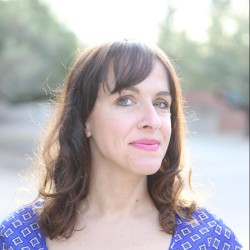 India and the US share a number of valuable commonalities that support international business partnerships including large domestic markets, substantial workforces skilled in STEM-fields and IT, and similar democratic ideals. For many US companies, India is an ideal place to seek new talent, especially for roles in tech.

If you’re looking to hire in India, it’s important to get familiar with labor laws and best practices. In addition to understanding how employees and workers are classified, you'll want to know about contracts, wages, termination, holidays, and paid leave. This guide covers the information you need to support your company’s successful global expansion.

According to the Factories Act of 1948, the term “worker” refers to any person working in manufacturing, either directly or with an agency. The term “employees,” on the other hand, can be used in India to reference individuals performing work of any kind. In this way, under Indian labor law, all workers are employees but not all employees are workers.

All employees in India are considered either workmen or non-workmen, per the Industrial Disputes Act. The latter identifies a workman as “any person (including an apprentice) employed in any industry to do any manual, unskilled, skilled, technical, operational, clerical or supervisory work for hire or reward.” Workmen include those performing work that is classified as permanent, temporary, apprentice, probationer, or badlis (a substitute). Only workmen are required to receive protections or benefits, including paid leave, under the Industrial Disputes Act.

As of 2020, The Code on Social Security formally acknowledged gig and platform workers as groups entitled to protections regarding health and safety, wages, and social security. Gig workers most often do hourly, part-time, or temporary work and can include independent contractors, freelancers, and even part-time professors. Platform workers are generally employed by organizations (like Uber for example) that coordinate and offer services directly to consumers using an online platform. While they have some safeguard under the law, these groups are generally denied benefits like paid leave.

Per the Contract Labor (Regulation and Abolition) Act of 1970, a contractor is a workman employed to produce a specific result for an establishment (beyond supplying manufactured goods) through labor or subcontracted labor. A contract worker is a workman engaged in contract labor, employed either by a contractor or indirectly by an establishment or company employing more than 20 workers on a contractual basis. Independent contractors are entitled to the same wage and leave protections as other workmen—learn more about finding and paying independent contractors in India here.

Non-workmen include those employed in a managerial, administrative, or supervisory capacity, as well as military personnel, police and prison officers, and individuals earning more than 10,000 INR (Indian rupee) per month. While benefits including leave are not required for non-workmen by the government, it is possible for non-workmen to receive them depending on the terms of the employment contract and internal company policies.

Understanding holidays and leave in India 🎊

To ensure a successful employment relationship and appropriately acknowledge leave laws and holidays, it’s important to understand the contract process, working hours and wages, termination, and mandated worker benefits, including public holidays and specific kinds of leave (including sick leave and maternity leave).

Although an employment relationship can be established in India without a written employment contract, creating a contract can help avoid disputes and clarify expectations on both sides.

Most written employment contracts in India include information about employee responsibilities, wages, holidays, and termination. Contracts include so-called implied terms, which designate the terms and conditions of service as regulated by government statutes. In addition to provisions related to the payment of basic wages, benefits including those related to holidays and paid leave, are considered implied terms of employment in India.

Because labor laws in India supersede the provisions in employment contracts, it’s important to check your contract against the law.

The Factories Act of 1948 and the Shops and Establishments Act regulate working hours, which run eight to nine hours per day, with a weekly limit of 48 hours. Factory workers are entitled to overtime wages at double the amount of ordinary wages when their work exceeds this threshold.

Employees are entitled to at least one day off per week, considered a weekly rest period or weekly rest day. The Weekly Holidays Act of 1942 protects a usual weekly holiday for non-management workers in shops, restaurants and theaters—this weekly holiday regulation is applicable to all factory workers in India.

Minimum wages vary across India as a result of the Minimum Wages Act of 1948 which allows local governments to set wage rates. Once implemented, the Code on Wages of 2019 will establish a standard minimum wage for all employees, set by the Indian government based on factors such as employee living standards and geographic region.

Local governments in India can set minimum wages, meaning that minimum wages vary across the country. The Code on Wages of 2019 will standardize the minimum wage for all employees in India once it is implemented. This determination will be made based on factors including employee living standards and geographic region.

An employee should be paid usual daily wage rates during annual leave. Per Section 80 of the Factories Act, wages during a leave period should be based on the daily average of total full time earnings in the months immediately preceding leave. This excludes overtime wages and bonuses but includes any so-called dearness allowance. If a worker takes four or more days of annual leave at one time, wages will be paid before the leave starts.

Terminations of workmen outside of misconduct are considered downsizing, per the Industrial Disputes Act of 1947. Thirty to 90 days of written notice is required, in addition to 15 days pay for every calendar year of continuous service the employee has provided.

In cases of misconduct, written notice is not required for termination. However, so-called natural justice is enforced, requiring an employer to make the concerned employee aware of allegations so they can defend themselves before an unbiased committee. In such a case, the allegation may include absence of more than 10 days before an employment contract expires when the employee has not formally applied for paid leave.

Although there are variations based on industry, state government, local statutes in India, as well as specific employer policies, paid and annual leave usually include public holiday, sick leave and leave related to injury, casual leave, and annual leave.

India is known for its festivals, with over 30 major festival holidays celebrated every calendar year. While the majority of people identify as Hindu, many other religious adherents live in India, including Muslims, Christians, Sikhs, Buddhists, Jains, and those who practice folk religions. Each group has its own religious holidays.

Sick leave and casual leave generally range between five to 12 days per year—the latter is designated for unforeseen circumstances. Employees making less than 21,000 per month INR can be covered under the Employees’ State Insurance Act and claim sickness or disability benefits paid by the government. The Employees’ State Insurance Act applies to factories and establishments including road transport, hotels, restaurants, cinemas, newspapers, shops, and educational/medical institutions employing 10 or more people. Sick leave can not usually be carried forward to the following year and employers may require a medical certificate for sick leave of more than a few days.

Depending on establishment acts issued by state governments, annual leave (including casual and sick leave) is one day for every 20 days worked (usually resulting in an annual leave duration of 12-15 days per year). Annual leave can be taken in portions but not more than three times per calendar year.

The Factories Act of 1948 and the Shops and Establishments Act of 1960 guarantees 15 days paid vacation leave and 10 paid days of sick leave for all the workers in a factory who have worked for 240 days within a calendar year. Depending on the shops and establishment act that pertains to specific geographic regions, paid leave and annual leave may be qualified somewhat differently for a shop or commercial establishment. As an example, in Delhi, per the Shops and Establishments Act of 1954, privilege leave (also called earned leave) is 15 days in total per year, 12 of which are considered casual and sick leave.

Leave can also vary based on profession-type. For example, newspaper employees that are working journalists are entitled to quarantine leave, for exposure to infectious disease, and study leave, for special training courses.

Female employees are entitled to additional leave for miscarriage, medical termination, and premature birth of a child through the Maternity Benefit Act, as well as a tubectomy operation. Childcare is included among maternity benefits and additional flexibility is available for women employees to work from home after their maternity benefit leave has ended.

Building your international team in India 🤝

Now that you're familiar with worker designations, contract best practices, pay, termination, holidays, and leave in India, you'll also want to be sure you’re compliant on employee benefits (including social security and pension) and that your company affords employees proper working conditions. Learn more about the full spectrum of India employment laws here.

The international hiring and retention process can be complicated but you don’t have to manage it alone. Pilot specializes in user-friendly remote payroll, benefits, and compliance for US-based companies hiring globally. We can help ensure that you're staying up-to-date and compliant with leave laws and holidays in India. Our team of HR and legal experts would love to help you navigate questions and build your international team.

Interested in learning more? Schedule a demo with us today.

⚖️ Legal Disclaimer: The information contained in this site is provided for informational purposes only, and should not be construed as legal advice on any subject matter.

Photo of Kodaikanal, Tamil Nadu, by Yeskay1211 on Pixabay

Photo of Amber Fort, Jaipur, by dMz on Pixabay

Photo of Harmandir Sahib, Amritsar, by travelphotographer on Pixabay