How I work 70 hours a week without burning out

I'm self-employed, as I imagine are most people reading this. I work from home, ten hours a day, seven days a week. I don't burn out. 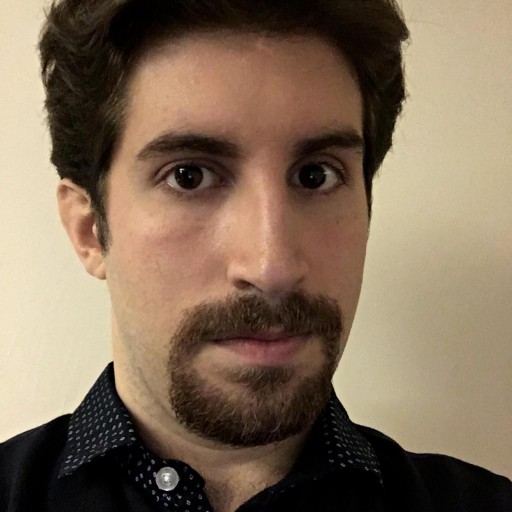 My struggles in the past 🙈

It didn't use to be like this, though. Over a year ago, I was lucky if I could log 20 hours in a week (and even luckier that I was still able to pay the bills), despite being on the computer all day long. I was 60 lbs (or about 27 kg) heavier. I ate fast food most days, going to sleep between 6-10AM was the norm, and the most exercise I got was getting out of bed and sitting on the computer for the day. I even started trying to come up with alternative sleep schedules, believing that the cure for my problems would come via the Uberman sleep schedule (a 20-minute nap every 4 hours, no normal sleep) or the 28 Hours schedule (whereby you divide a week into six 28-hour days). I even went as far as creating a little 28-hour clock for myself.

I was drowning in work and missing deadlines, despite trying to get as much done as I could. And I wasn't doing any of the things that I wanted to do with my life, because I was spending most of my time obsessing over how much work I had piling up. I didn't have time to explore anything else, work on a side project, take up a hobby, or even just have a decent lifestyle. As the quote goes, "Those who make the worst use of their time are the first to complain of its shortness." That was me. For a long while I even considered giving up self-employment and looking for a traditional job. The stress was unbearable.

I knew I didn't want that lifestyle forever. It wasn't healthy, and it wasn't getting me where I wanted to be. If I pictured myself five years down the line, the last thing I wanted was to be where I was then. So one fateful day, I decided to look for an app to help me create healthier habits. I tried a couple, including Streaks, but the one that stuck with me was Productive.

I started off by creating a few habits that immediately mattered to me, like going to sleep at a decent-enough time, and waking up at a decent-enough time. I got carried away, and decided to add a few more things I thought of – simple, high-level things, like billing at least eight hours a day, not eating fast food, and making sure to do the dishes and leave the house organised before heading off to bed. Nothing too fancy. Of course, it was a pain to get started. I spent a while struggling to even remember to check the app. Since the app itself wasn't a habit yet, there were days when I forgot to check it or just plain didn't care. But I stuck with it, because those habits were important to me.

To help with working eight hours without procrastinating, I decided to work in the presence of other people. I was lucky to have a client who was more than happy to allow me to work in their offices (especially since it meant that I was around during office hours and could help when they needed anything on the 30+ projects we had built together). Being around others helped break the habit of distractedly reading websites all day when at home alone. Instead, I was forced to be focused, to be "at work," with no distractions or errands to run, for the whole day.

After a while, it became obvious that I could do more. Now that I officially worked 9-5 at an office, I could come home and do... anything else. That separation of work and personal life freed me, and I took advantage of the extra time to add more habits. I decided that the best way to get started with new habits was by doing something small, so I gave each habit 15 minutes a day. What mattered most was getting them done every day, because my progress would slowly build up. Just 15 minutes of something like learning Italian, for example, is more than 90 hours of progress a year. That sounded quite good to me! I started running, reading, and practising yoga, all with small, daily commitments.

It's all about the progress 📈

Little by little, I was making progress. It was difficult, of course. The more habits I added the harder it was to have perfect days, and there were countless times when I decided to skip some because I just wasn't up for it. It's all part of the progress, though; no one is perfect.

Because everything was being tracked in the Productive app, it felt like my life reset every morning. Day didn't go well? It didn’t matter, because tomorrow was a whole new day and I could try again. It was like hitting "replay" in a game. Living in a permanent Groundhog Day. Every time I woke up I opened the Productive app and subconsciously treated it as a game. The only thing that mattered was getting every habit done during the day. If I got everything done, I knew my life would be going in the right direction, so I placed my full trust in the app.

Habits started forming just by sticking with it, and eventually I stopped feeling the need to go to my client's office in order to be productive — the habit of working 8 hours a day was firmly established, and I could cut out commuting time and cook from home again.

When switching back to working from home, it was important that I didn't fall prey to the same bad habits of the past, and Pilot published an excellent article on avoiding distractions when working from home that helped me a lot with the transition. To make sure I made the most of it, I turned some of the tips into habits, like "dress up for business" in the mornings, and "log 16 pomodoros" for the day. Combined with what I was already doing, they worked for me. The pomodoro technique in particular helped firmly establish "focused" time.

As time went on, I got used to my habits and how long they took. I was then able to reorganise my schedule so that I could actually work 10 whole hours every day and still maintain my habits. It turned out to be a lot easier than I thought, because the habits were already formed.

I've added more habits, and as I progressed, made bigger commitments to keep moving other habits forward. In the case of running, for example, I started off so unfit that I was actually just fast-walking rather than properly running. I now run around four miles in 45 minutes, every day. In the new year, I intend to make bigger commitments for some of my other habits, like going to Italy for a few months to practice the language on a daily basis, and start new habits, like taking up an instrument. The additional productivity has also freed me up to start working on side projects without feeling guilty about client work being left behind, and things have gotten so much better that next year I plan to hire a developer to share the workload with me and allow me to expand my business further.

It's been a long struggle. There are still days that are not perfect. If I have to go somewhere (e.g., a conference, event, or just running errands for the day), some habits have to be skipped. Some I'm still trying to build up and skip every now and then. But the important thing is to keep trying. Keep replaying the game, trying to make every day a perfect day. As long as I keep trying, my life will go in the direction I want it to.

If this all sounds interesting to you, there's nothing stopping you from trying it. You don't need any apps (although they help). Just focus on a few things:

Slowly but steadily, you'll get used to your new self-chosen lifestyle, and stop being a slave to your procrastinating self. After a year, you'll look back and be amazed at how much your life has improved and how much you've accomplished. It's been just over a year since I started, and I certainly am!

If you end up trying this method and have questions or want guidance, or if you have any comments on my view on things, just send me an email. I'd be happy to discuss this further!