With a stable and resilient economy driven by dynamic and diverse industries, Australia is the country of choice for many US companies looking to expand their teams globally. This guide will walk you through the Australian employment laws you need to know when hiring employees or contractors. 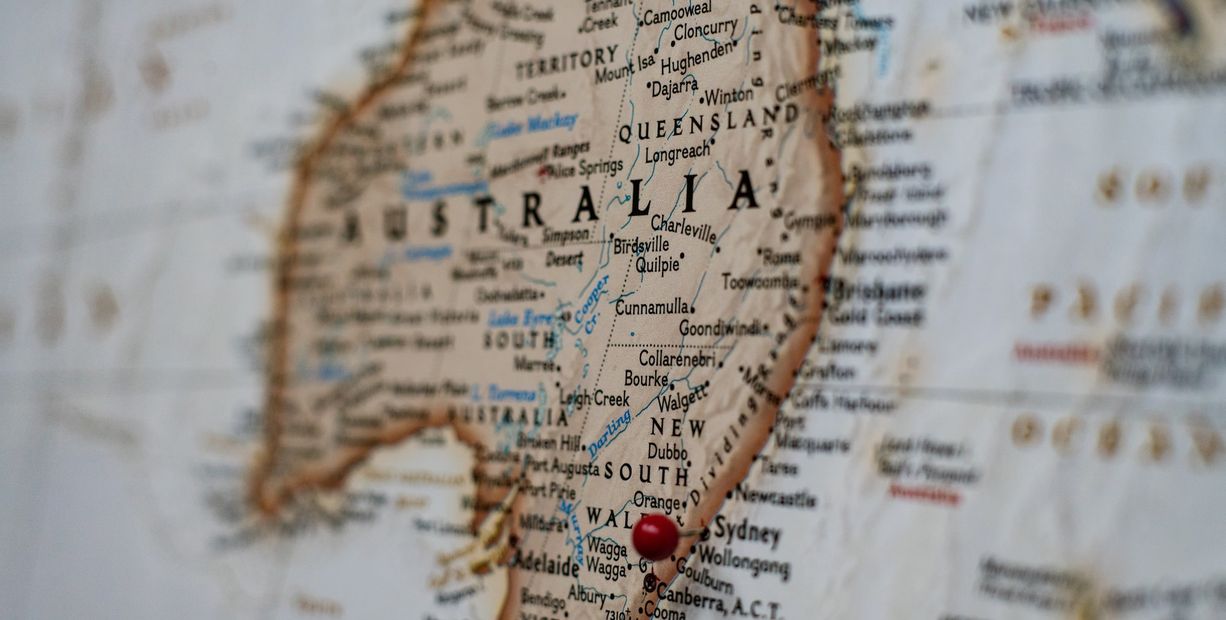 If you're reading this guide, then you're likely interested in hiring Australian-based employees or contractors – or you're wondering if it's a good idea to do so.This comes as no surprise since Australia is known for:This guide will focus on the last point above — specifically the critical labor laws you need to know when hiring in Australia.

Australia’s employment system is governed by the following legislations:

The Constitution of Australia

While not strictly an employment or labor law, the Constitution of Australia is the bedrock upon which all other relevant legislation is built. Section 51 of Part 5 clearly states that the Australian parliament has the power to create laws impacting the "peace, order, and good government of the Commonwealth," including, but not limited to:

Arguably the leading Australian employment law employers will have to deal with, the Fair Work Act 2009 governs the relationship between an employer and an employee, including:In addition to this overarching federal law, each Australian state and territory also offers workers protective legislation to keep them safe at work. These vary based on location but include:The Act has seen several significant changes in recent years:You have to consider the Fair Work Act 2009 with the following closely related legislation:The Fair Work employment and labor laws help ensure healthy working relationships are available to Australians and Australian-based workers, granting them the entitlements mentioned in minimum statutory employee benefits under Australian labor law.Note: The Fair Work Act 2009 doesn't have universal applications. For example, it doesn't cover many state public sector and local government employees in South Australia.

The Work Health and Safety Act 2011 (WHS 2011) seeks to promote the health, safety, and wellbeing of:It covers various employer obligations, including:It also grants employees the following rights if they suffer a work-related injury or sickness:The WHS 2011 is enforced, with some modifications, in the following states:

Learn how Pilot can help you with payroll, benefits, and compliance

State, territory, and federal laws for the protection of young workers

Several state and federal laws protect the rights of young workers in Australia. Perhaps the first thing you need to look at if you're considering hiring or contracting the services of a young worker based in Australia is their age because different states and territories often have strict rules in place to protect them.For example, The Children (Care and Protection) Act 1987 in New South Wales requires workers to be 15 years old before being hired to work in specific industries.Meanwhile, the Australian Capital Territory prohibits the employment of children who are younger than school-leaving age in Chapter 10 of the Children and Young People Act No. 63, 1999.You must get legal advice if you wish to work with young people.

Australia's key employment and labor laws seek to create a safe working environment for workers and grant them the following basic entitlements:For more in-depth information on leave entitlements for Australian-based workers, check out our Leave Policy in Australia guide.

In Australia, employees benefit from four weeks of paid annual leave (pro-rated for part-time employees and increased to five weeks for shift workers). This is separate from public holidays.Annual leave accrues based on the number of hours they work in a year. In other words, employees start at zero and have to wait for their leaves to accumulate before they can take them.

Another benefit Australian workers get is personal leave, which covers both sick leave and carer's leave. Employees are entitled to:

Unpaid pre-adoption leave refers to two days granted to employees who may have to attend interviews or examinations that will allow them to adopt a child.

Unpaid special maternity leave is granted to employees who have:If an employee experiences a stillbirth, they may be able to apply for unpaid parental leave or compassionate leave.

Employees are entitled to a safe working environment in Australia. In cases where they cannot do their job safely (e.g., because they have a sensitive pregnancy), they can take paid no safe job leave for the period their job is unsafe.

You won't have to provide private health insurance for your employees because Australia has a government-funded national healthcare system. That said, many employers do offer this as a benefit.

In addition to the benefits mentioned above, Australian workers also enjoy the following:

As you can see, Australian employment laws are comprehensive and cover a variety of scenarios at the federal, state, and territory levels. However, there are a few exclusions depending on whether an employee is a foreign national or an Australian citizen.

In Australia, employees get different entitlements based on their employment classification. This is why you must inform any prospective employee in writing about their status before they start working with you.The following worker categories are recognized by the government:

Full-time employees are often employed on either a permanent basis or on a fixed-term contract. They usually work an average of 38 hours each week.

According to the Fair Work Act 2009, a casual employee is offered and accepts a job that "does not include a firm advance commitment that the work will continue indefinitely with an agreed pattern of work."

Contractors are sometimes called independent contractors, sub-contractors, or subbies and work for themselves rather than employers. They're often hired to complete a specific task or for a set period.

A labor hire worker enters into an employment contract with a labor hire agency to meet (often) temporary business needs.

Permanent employment is arguably the most stable relationship between employer and employee. There is no set end date (i.e., employment is ongoing), hours are often full-time, and the employee enjoys the full benefit of Australian labor laws.

Unlike permanent employees, those who have signed a fixed-term employment contract work for:Fixed-term contract employees can work either full-time or part-time.

Shift workers work shifts, which use the full 24 hours of a given day (i.e., not confined to the usual 9-5). Shifts can cover up to six or even seven days of the week.Shift workers can be full-time or part-time employees and/or be classed as permanent, fixed-term, or casual.They get an extra payment for working shift hours.

Newly recruited employees in Australia are often subject to probation periods, a trial period at the start of employment that allows both employer and employee to gauge company fit and/or role suitability. 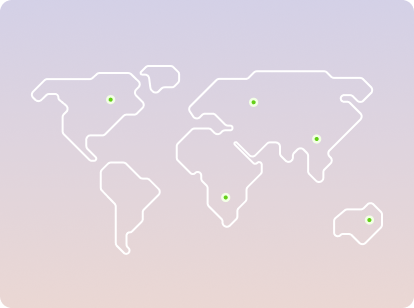 Global payroll and HR made easy

Pilot’s payroll and HR platform enables you to hire and pay contractors and employees worldwide.

Apprentices and trainees go through formal on-the-job training, combining work with the opportunity to study for a qualification in a trade or occupation.Like many other types of employment, apprentices can work full-time or part-time. They cannot, however, be done on a casual basis.

Outworkers can be contractors or employees working from home or at a place not customarily considered business premises.

This classification refers to employees with a recognized disability, as per the Disability Discrimination Act 1992.

Regulation of the Employment Relationship 📄

The implementation of Australian employment laws relies on a few things, such as:

A written employment contract isn't a legal requirement, although it's common practice to have one in place before work starts. A contract protects both parties from risk brought about by misunderstandings and/or disputes.

Where a contract exists between employer and employee, and employment arrangements are unclear (e.g., duration of the notice period), the Australian government turns to implied terms.Terms implied by law include an:

In Australia, workers are entitled to a mandatory minimum wage and, sometimes, to a discretionary performance-based bonus scheme.

The minimum wage refers to the lowest amount you can pay an employee. This is reviewed every year and put in place to safeguard employees against exploitation.As of July 2022, the national minimum wage in Australia is $21.38 per hour or $812.60 per every 38-hour week.

Sometimes, companies give eligible employees performance bonuses. Even though this isn't a statutory requirement, it's essential that your policy is clear to minimize the risk of misunderstanding.

In Australia, the standard working week is capped at 38 hours per week. While an employee can work longer, this often depends on a number of factors, such as:

As mentioned above, full-time employees are entitled to four weeks of paid annual leave per year. In addition, they can also take the following paid public holidays (and additional state- and territory-specific holidays):

In Australia, a full-time or part-time employee who has worked for 12 months with the same employer can request a change in their working arrangements if they:They will need to make the request in writing, and the employer must respond similarly. Although the right to make such a request is protected by law, there is no statutory requirement to approve it. An employer can refuse the request on reasonable business grounds.

Illness and Injury of Employees 💊

In Australia, qualified employees are entitled to paid and unpaid time off if they get sick or suffer an injury.

If you need to terminate an employee, the following sections will apply:

The minimum statutory notice period in Australia is between one and four weeks. This increases to five weeks if your employee is older than 45 years old and has completed at least two years of service.Alternatively, and if expressly permitted by the employment contract, you can provide a payment in lieu of giving notice. This is called a severance payment.Minimum notice periods do not apply to the following:

Dismissal must comply with:If any employee were to be dismissed unfairly, they would be entitled to remedies that could include reinstatement and compensation. On the other hand, the employer would likely be found guilty of breaching the general employee protection laws and may incur penalties and remedial orders.

Federal and state laws prohibit the termination of employment for discriminatory reasons, which include:1. Exercising, or not exercising, a workplace right. Workplace rights include:2. Protected attributes include:

Redundancy (also sometimes called layoff) happens when a permanent employee is terminated because:

Qualified employees who are made redundant are entitled to the minimum notice period and redundancy pay.

If an employer lets 15 or more employees go, they will need to notify Services Australia, who will then support both employer and employee through the process.

This section contains a few questions about Australia and its employment system.

Does Australia have labor laws?

What are the laws that protect employees in Australia?

In addition to the laws mentioned above, the following may be considered relevant legislation for all companies looking to hire Australia-based employees:

What are the five basic employer rights in Australia?

In Australia, employers enjoy the following basic rights:For more information on what these rights mean for you, take a look at the Five Rights of Employers.

What are the 3 major rights of an employee in Australia?

Just like employers, employees also have basic rights. The Occupational Health and Safety Act grants each employee the following:

At Pilot, we help US-based businesses hire in Australia to ensure compliance with Australian employment law. We provide expert advice. If you'd like to receive further information, please do not hesitate to contact us.